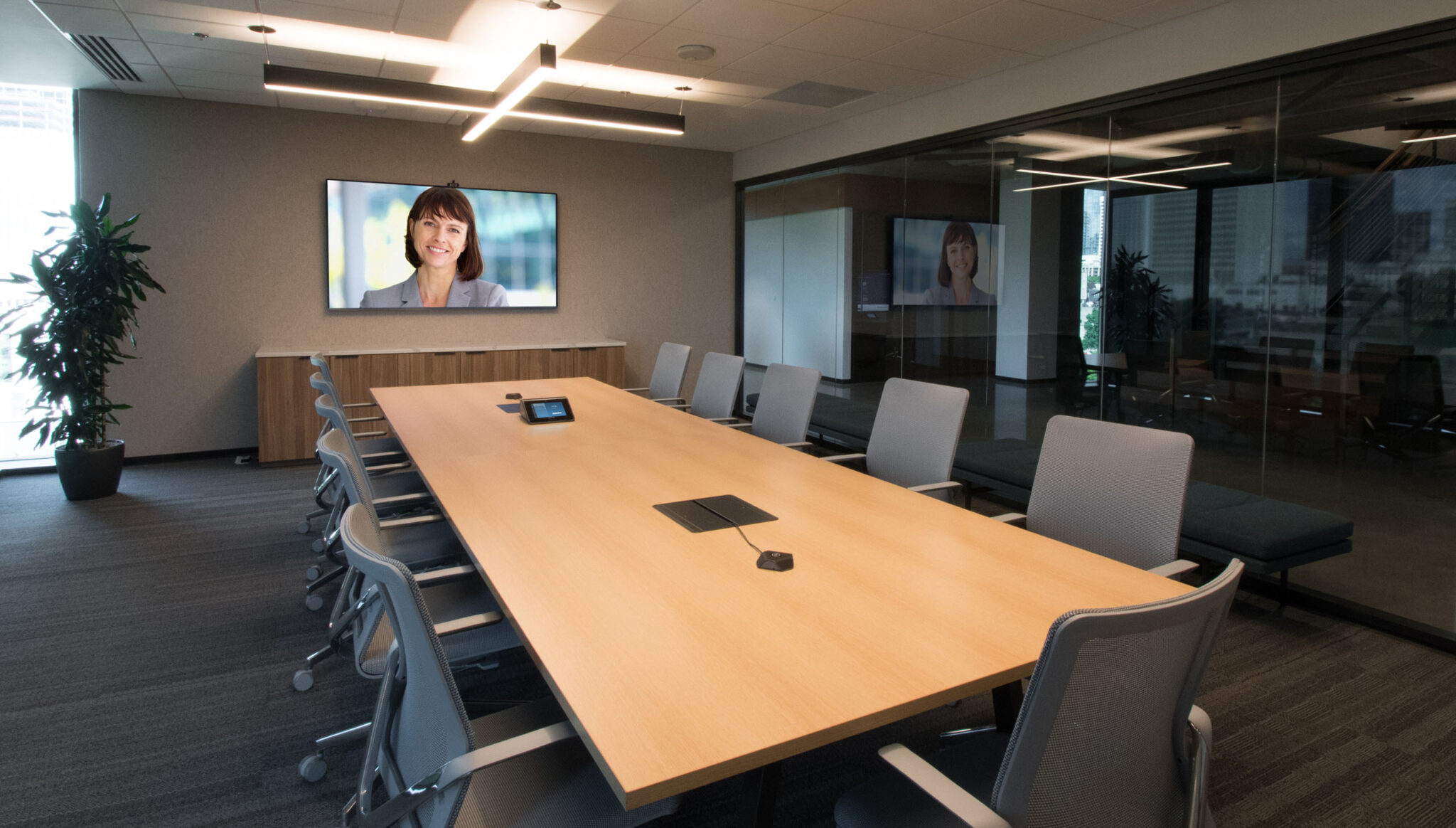 “You walk in, plug in your laptop, and everything is ready to go.”

Adams is talking about the AV systems Think Simple installed in 70 meeting rooms at the new HealthStream headquarters, 51 of which include video conferencing.

In many ways, the headquarters is a model for how offices should be set up as we emerge from the Covid-19 pandemic. It’s always easy to meet with the people on your team, no matter where they may be working.

“A video connection is a big part of good communications, but in our old headquarters, it never worked well,” Adams explains. Now video is so simple to use that, even before the pandemic, it had become a standard part of almost every meeting at HealthStream. With the challenge of dealing with the coronavirus, it’s absolutely vital today.

“Will Gilbert and the Think Simple team have been awesome,” Adams says. “Moving here was a huge project, but it was definitely worthwhile.”

HealthStream is a software developer that helps healthcare organizations improve workforce development, talent management, credentialing, and performance assessment. During the spring of 2020, they played a crucial role in training healthcare workers to safely handle patients with Covid-19.

Based in Nashville, the company has seven additional offices and a large number of employees normally work at least part of the week from home.

“It’s been a given that if you schedule a meeting, at least one person will usually join remotely,” says Mollie Condra, Vice President of Communications and Investor Relations.

Last year the company moved into a 67,000 square-foot headquarters on three floors in the new Capitol View business development in Nashville. The new space includes meeting facilities for the 450 people based in the building plus the ability to video conference with approximately 600 others who work in other locations, or who may work from home.

When asked about video, Jason Ware, a project manager at IT integrator United Data Technologies, suggested that the planning team meet with Think Simple. When they did, Gilbert showed them Crestron Flex.

“HealthStream was considering a switch to Microsoft Teams and Flex works better with Teams than any other AV device,” Gilbert explains.

“Our CEO, Robert A. Frist, Jr. asked Will a lot of questions because of problems we had with meeting rooms in our old headquarters,” Adams recalls. Frist was concerned that HealthStream buy the very latest technology so it would not go obsolete too quickly and that they avoid any kind of heavy installation that might be difficult to upgrade or replace.

Gilbert met those goals by proposing Crestron systems that would all be connected using future-proof IP networking cable and by using modular equipment, like the Flex that could easily be replaced when it was time for an upgrade.

Gilbert also suggested that by pairing Flex with Teams, HealthStream would be able to save hundreds of thousands of dollars on licensing fees. “They were already using Office 365, of which Teams is now a part, so licensing an additional communications platform was no longer necessary.”

“Once we decided to switch to Teams, it was just a question of how best to implement it,” Adams explains. “Will obviously knew his stuff, and we realized we needed someone with his knowledge and expertise to make this work.”

Designing the systems at HealthStream

Geoffrey Ranson, an engineer and programmer at Think Simple, says most of the design challenges at HealthStream were concentrated in a few of the larger conference rooms.

“The Forum, which is designed for large company gatherings and events, was definitely the most challenging,” he recalls. The two-story space, which can seat more than 450 people, combines three separate meeting areas, each with its own audio and video system. Read more about the Forum.

The Strategy Room is another space where Gilbert and his design team spent a lot of planning time. “The idea there is to hold almost any kind of meeting for 30 or more people on site plus others joining remotely,” he explains. Read more about the Strategy Room.

In addition, there are 43 Flex-based huddle rooms and five Flex-based meeting rooms equipped for video conferencing, plus 20 more rooms used for local meetings only. These include eight “Developer Pods” with new systems and 10 other rooms that use Crestron systems that Think Simple repurposed from the old headquarters.

“The thing our users like the most is that the AV systems are transparent,” says Andral Johnson, a network engineer who is responsible for the day-to-day operations of the new conference center. “They plug in their laptops or type in an address for AirMedia, and they just work. There’s nothing to think about, nothing to mess with.”

For the technology team, he adds, “the systems are robust and up to date. In the old headquarters, we never knew when we’d get a call and have to drop everything to help. That’s no longer an issue.”

Gilbert says Think Simple has been able to head off any potential service issues at HealthStream with a support package that includes remote monitoring of the AV systems. “While we included unlimited on-site labor, we’ve only been out to Nashville once since we finished the installation, and that was to oversee a large firmware update,” says Gilbert.

“Think Simple did an awesome job,” adds Adams. “At the end of the day, their expertise and ability to solve problems was fantastic.” 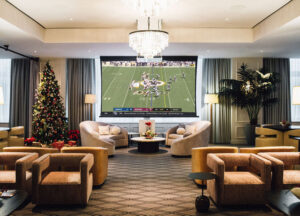 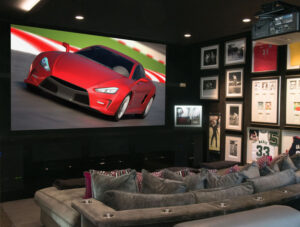