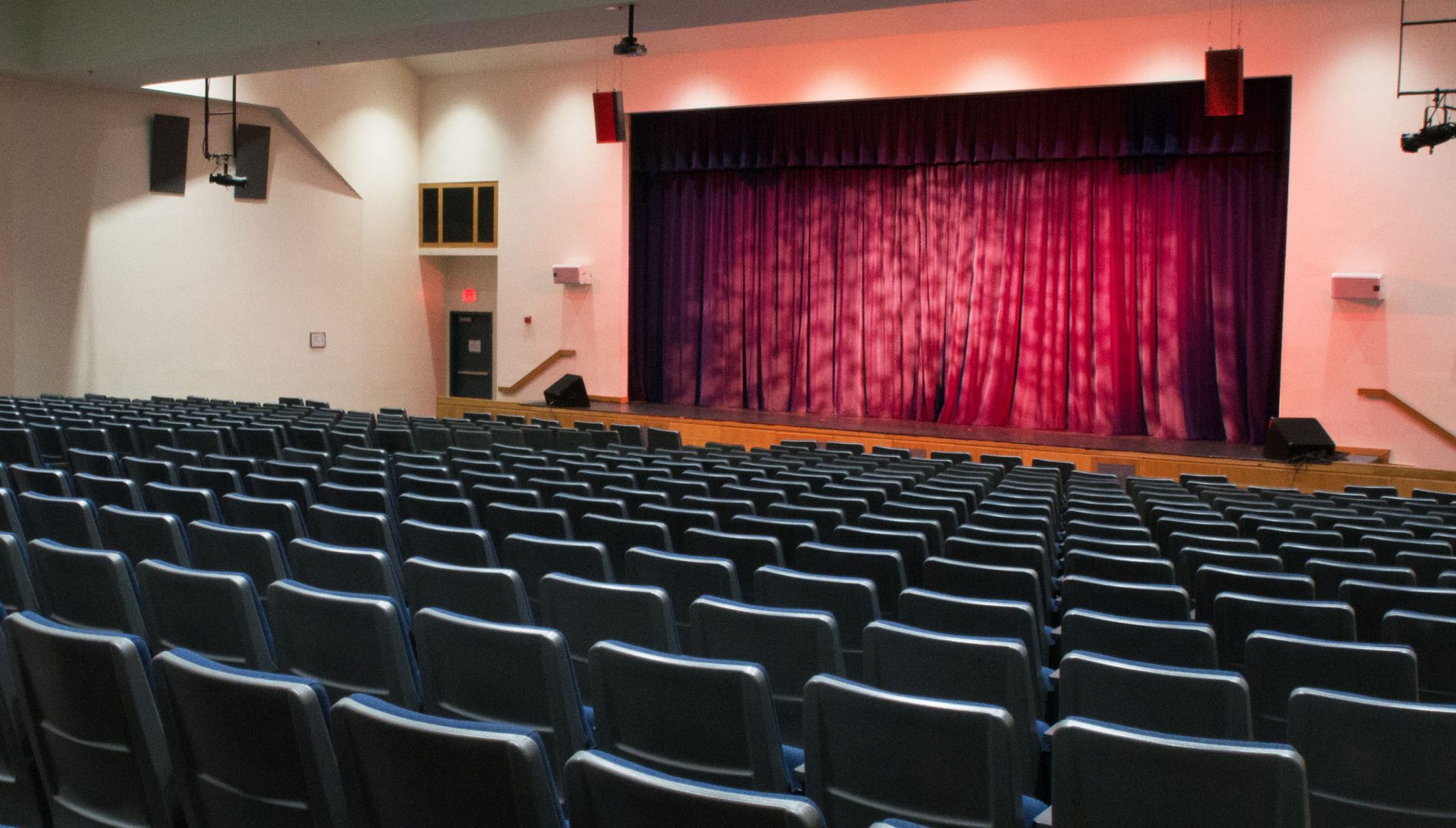 Loudspeaker and acoustical design at the Susan B. Katz Theatre

“In a project of this size, good design and engineering can cost 10 – 20% of the total budget,” says Brad Gallagher, Vice President of Engineering at Vibe Design Group.

“A lot of times theater owners will try to eliminate that cost, thinking they can afford better components if they save on design. As a consequence, we see theaters with some really expensive pieces, even line arrays, improperly positioned, and they don’t sound any better than what they replaced. It’s an extremely common problem.”

To create his acoustical design, Gallagher measured the dimensions of the Susan B. Katz Theatre and then took a series of Energy Time Curve (ETC) and Impulse Response (IR) measurements, plugging them into an Excel model of his own design. “With these measurements, we were able to figure out which walls were the worst offenders and decide where we could get the best impact with sound absorbing materials, based on a very limited budget.”

To stay within budget, he took advantage of acoustical panels already installed on the back wall, placed new ones on the side walls and along the front surface of a catwalk near the front of the theater. “There was also an isolation transformer putting out 60-cycle hum, so we built a little bunker out of acoustical panels around that.”

To get the speaker placement right, Gallagher created a model of the theater in EASE, which he believes was the main contributor to the improvements in sound quality that Mark Palazzo and theater patrons noticed. “We covered about 90% of the audience from the two main speakers, then placed the fills to reach the rest,” he explains. “The system is mono with the interference pattern aimed right up the center aisle.”

Still, there were some challenges in the installation.

To fit the subwoofers and side fills where Gallagher wanted, the Think Simple crew had to rebuild some of the framing under the stage. “They worked with the city to make sure the structure was safe, but they would call me to ask about the acoustical impact. They were very helpful in making the design work around the conditions they found.”

Palazzo tells a story about the placement of an equipment rack, which is about seven feet high and 36” deep. “The drawing put it on the right side of the stage, in a large open area that we happen to use to set up our props. The Think Simple people recognized that it might be a problem during a performance, so they asked me about it, then were able to move it out of the way, which I very much appreciated.”

The biggest challenge turned up in the ceiling above the stage where the loudspeakers had to be hung. “The ceiling is drywall with no access to the space above,” Gallagher explains. “When the crew opened it up to hang the main speakers, they found I-beams and an HVAC duct that were not shown on the drawings the as-built drawings…We had thought it was going to be an easy shot, but Think Simple had to build a pretty complicated framework to get the speakers in exactly the right spots.  That paid a huge dividend in the sound that Mark is hearing.

“I was really pleased with the job that they did.”