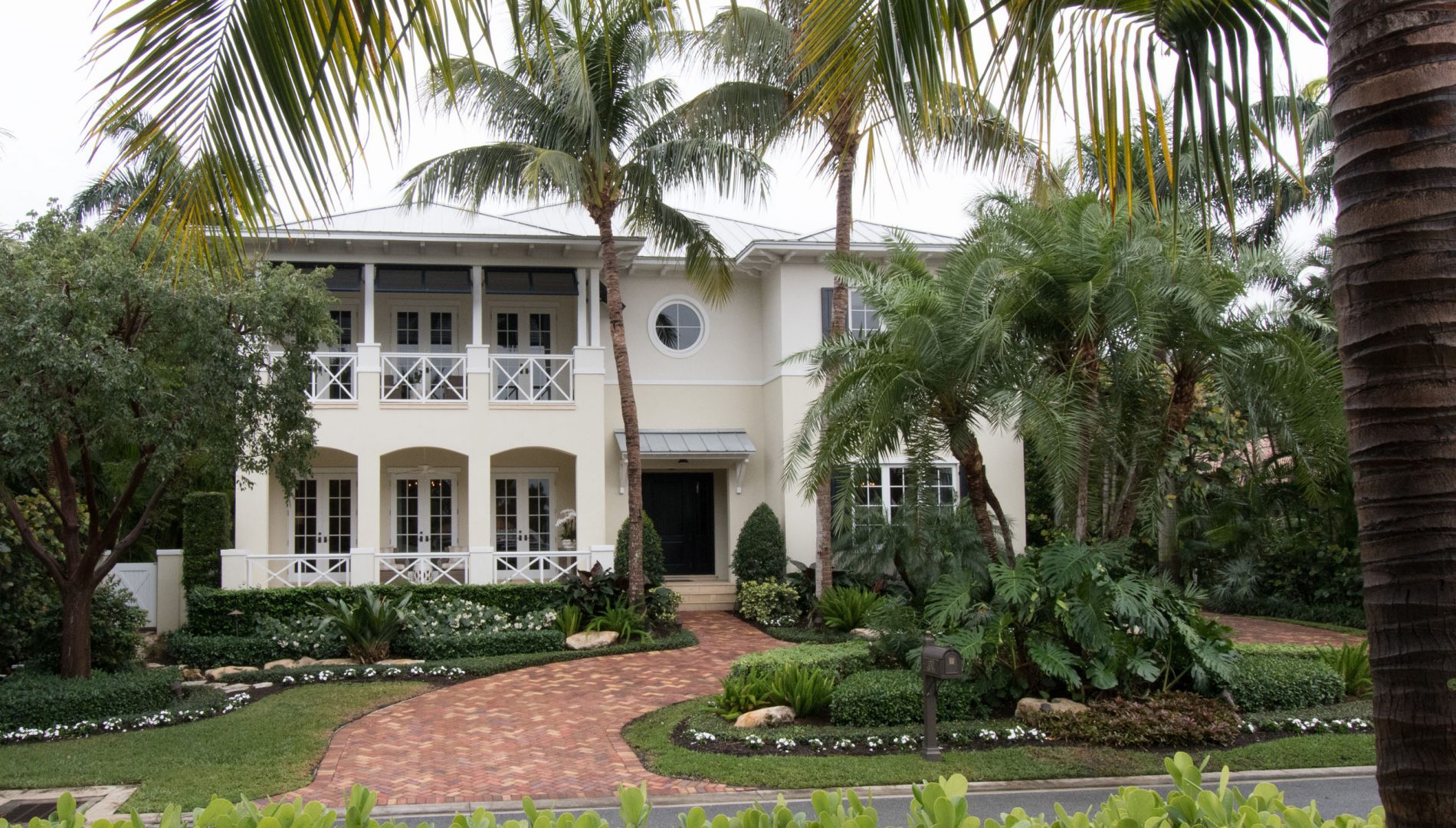 The multi-room audio system in the Johnston house is striking in its simplicity of use. All Jerry and Karen have to do to pipe their favorite music into any area or combination of areas is to touch an image of the music source on their iPhone or iPad, touch an image of the room or rooms they want to send it to, then slide the volume level up or down.

There are 15 audio zones, covering the entire house and its outdoor areas.  Three Crestron Network Streaming Players offer access to XM radio and all of the major music streaming services, including Spotify, Apple Music, and others the Johnstons may choose. In addition, they can stream music to the sound system from their phones and computers.

Challenges in the installation
According to Think Simple design engineer Geoffry Ranson, there were two main challenges in integrating this house. One, it was very solidly built, with concrete walls inside and out, and two, it was not originally designed with these types of installations in mind.

“On the one hand, we had to bore through solid walls to run our cables, and on the other, we had to come up with some creative solutions in locating our gear.”

For example, while the team used existing cabinetry in Jerry’s office to locate the equipment racks, they also had to devise a way to hang a 65” TV in these same cabinets, even though they were not strong enough to hold one safely. “We ended up installing an articulating TV mount directly into the wall behind the cabinet,” Ranson explains.

Like the family room, the master bedroom includes a lift for the TV, this time raising a 50” flat panel out of a cabinet at the foot of the bed. “We have a wonderful view of the water through our bedroom windows, and we did not want to block that with a TV,” Jerry says.

While the house today looks and works night and day better than it did before the remodeling, the team did not make any structural changes. “What we wanted was pretty straightforward, but making it happen took some really creative engineering,” Jerry explains.  “I’d like to say I could have paid whatever it took, but the reality was they had to do all this in an affordable way.

“In the end, Think Simple did a great job and they’ve been very responsive to our needs,” he adds. “We’re very happy with the results.”